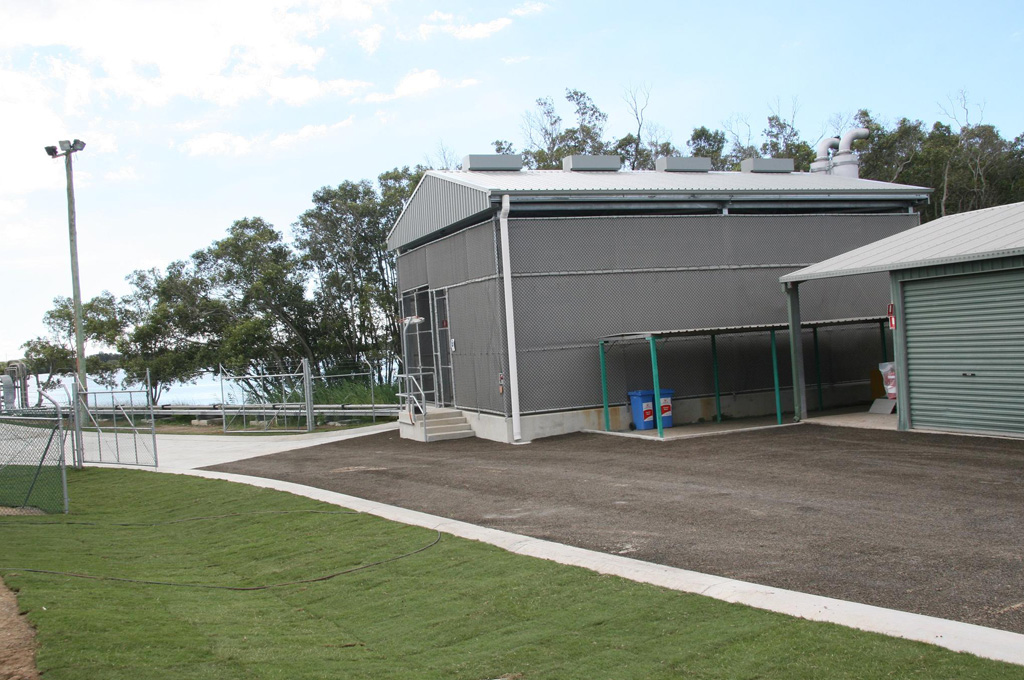 As a part of BP refinery Bulwer Island Fire Water Upgrade Project A. Dart & Co were invited to Tender upon a number of packages for civil works on this project.  A Dart & Co were successful with three of the four tenders submitted.  We were successfully with the foundations for Fire Pump Shed, the Shed Structure and the Access Road and drainage works to complete the site works.

The Pump Shed Structure was completed on the foundation works.  What makes this standout was the Pump Shed was designed with a removable roof.  The entire roof section (12.5m x 8.5m) was first constructed on the ground and all of the purlins and bracing installed.  This significantly reduced the working at height hours.  The Edge protection and roofing wire was also installed at ground level.  Once this was completed the roof structure was lifted into position and bolted in place.  The roofing, flashings and ridge ventilation was then installed.  Once the entire roof was completed the roof was removed to allow other contractors to complete the installation of the motors, drive units, fuel tanks, etc to allowed for commission of the fire water pumps.  Once these items we installed the roof was then re-fitted.  BP’s Superintendent made comment to how well and professionally the entire works were carried out and also commented on how well and how quickly the roof was re-fitted with no problems at all.

The access road and drainage works that were also completed presented a number of challenges to complete this scope.  The original design show the access road being completed with approximately 300mm of roadbase and 50mm of asphalt.  Once construct had started it became evident that this design would be insufficient due to the tidal effect and high water table which affected 50% of the project.  Working closely with BP and their consultants the scope was revised and to accommodate the high tide water level and the high water table.  The founding roadbase material was changed to Geo-fabric with 600mm of crushed rock and 200thick reinforced slabs to the areas affected by high tides and high water table and the remainder of the access road was then constructed on 300 of crushed rock, with 250mm of roadbase and a 2 coat chip and seal. BP operations (the main users of this area) commented on how well the works were completed and finished.  They wished that all of the site project were completed to such a high standard and attention to detail. 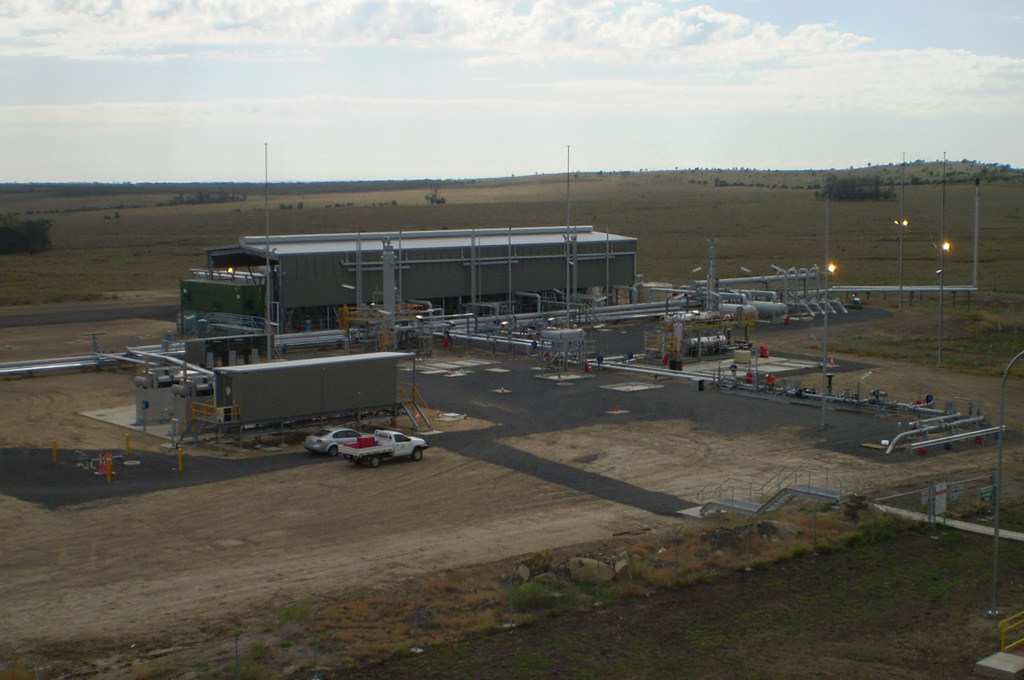 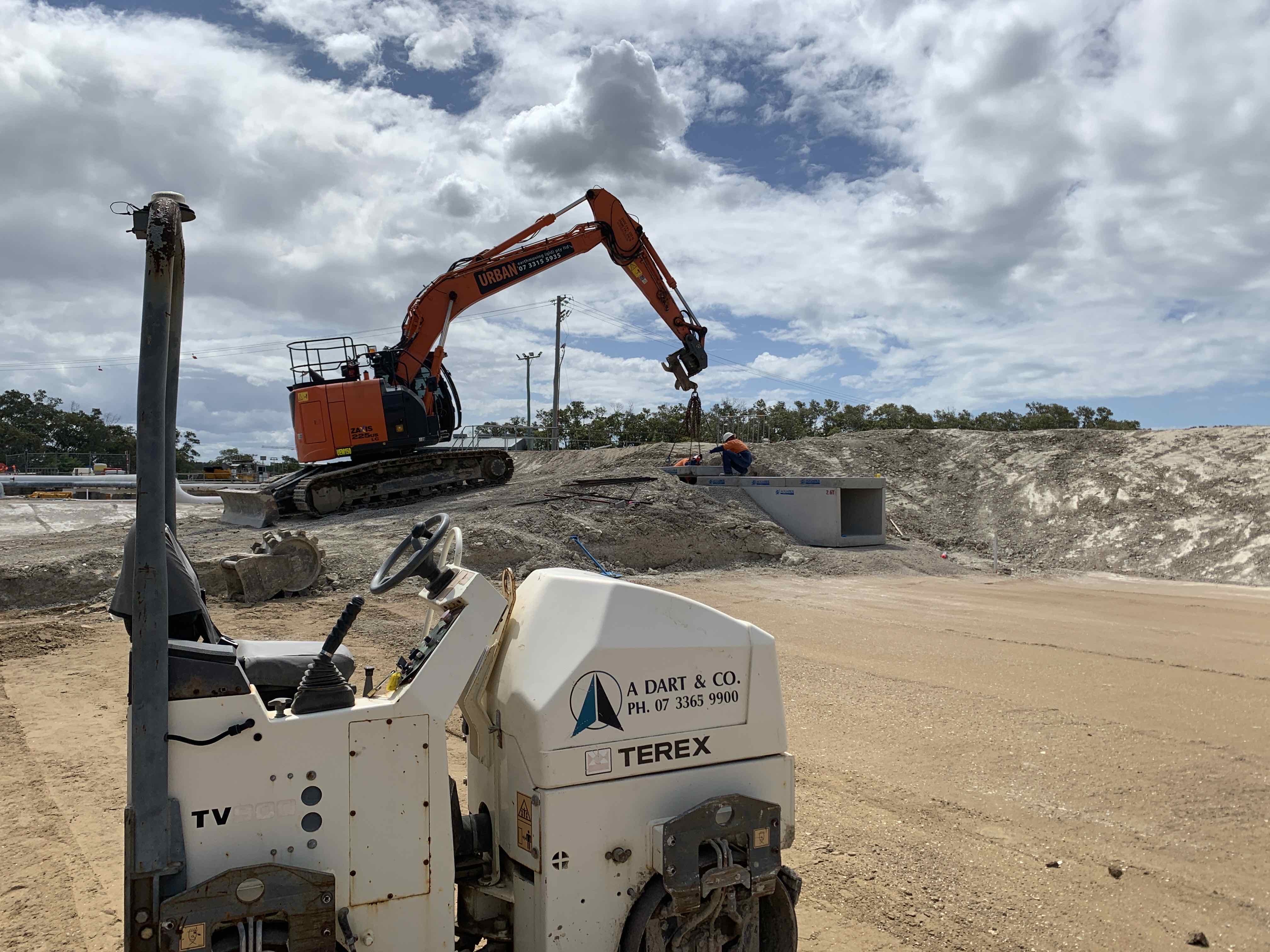 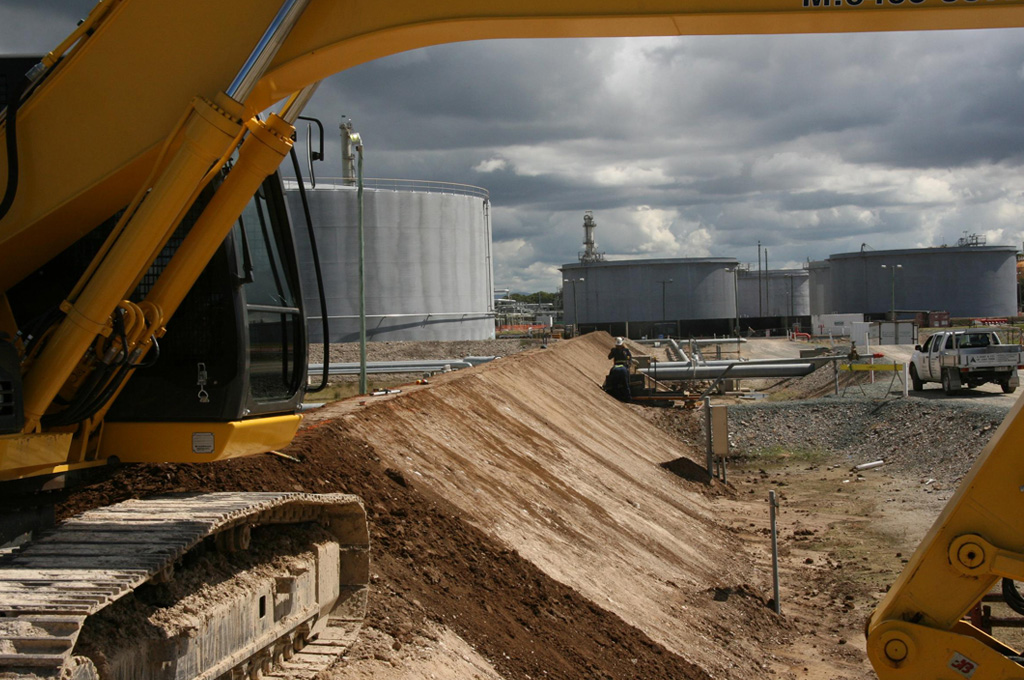 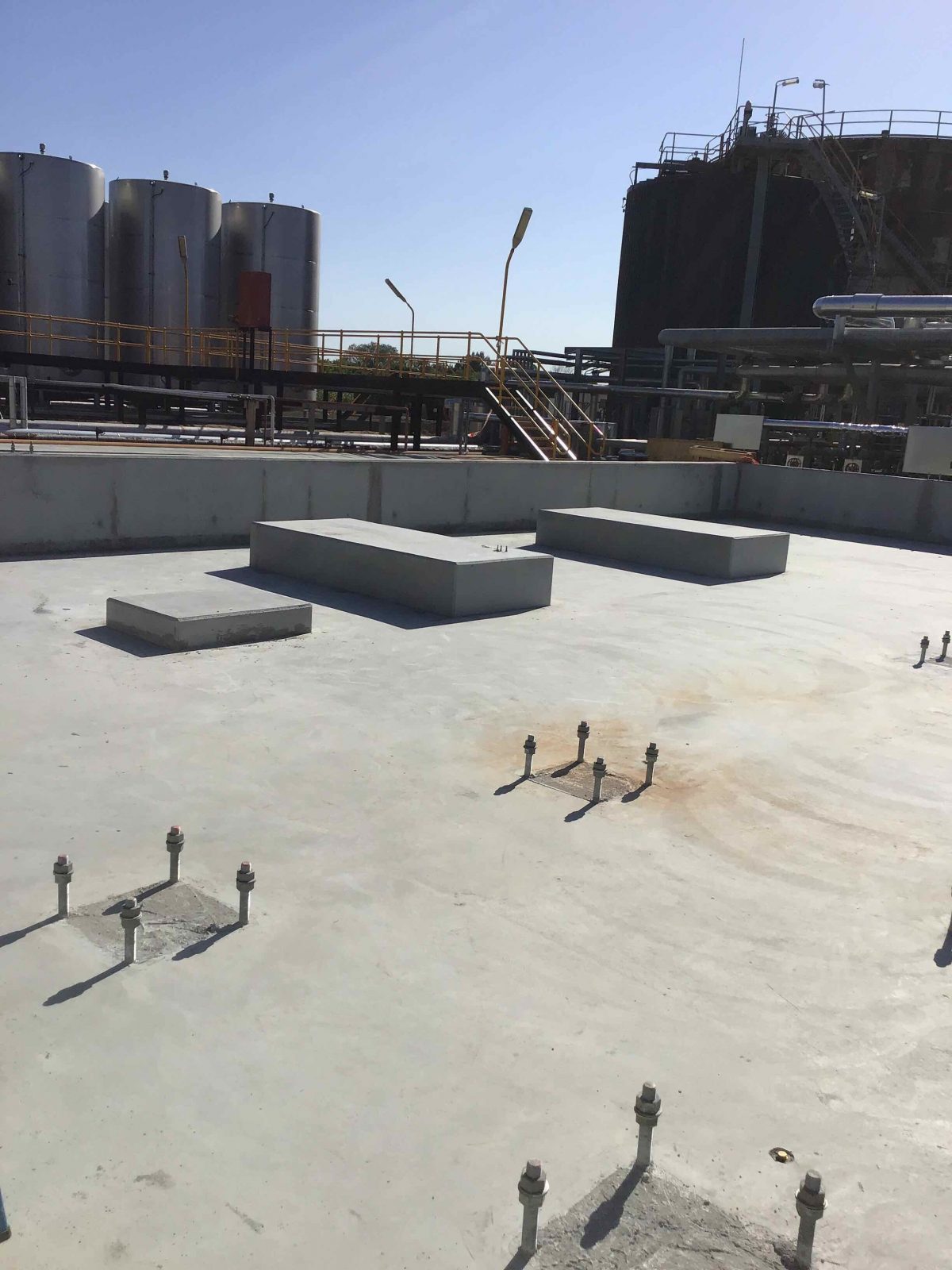